A Moment of Truth: The Board’s Role in a New Reality

A Moment of Truth: The Board’s Role in a New Reality 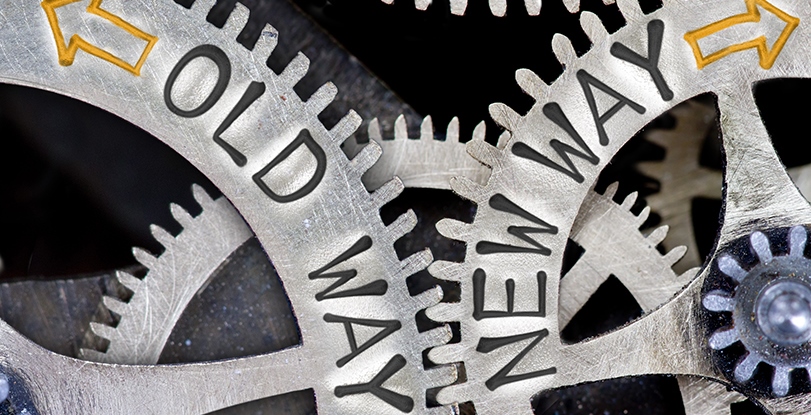 At this uniquely challenging time, where crises have collided, boards of directors are facing a new reality brought about by a pandemic and the explosion of issues related to equality, diversity and inclusion. Our panel of experts will discuss how – at this moment of truth – boards of directors have intensified deliberations to grapple with the needs of their organizations and indeed of all stakeholders.

Stath Karras is the Executive Director of the Burnham-Moores Center for Real Estate (BMC) at the University of San Diego. In this role, Stath is responsible for establishing and leveraging strategic priorities and initiatives for the Center to advance and align its mission and vision with those of the School of Business and the University and in collaboration with the real estate industry.

He is responsible for working with the faculty and BMC professionals in creating a meaningful learning experience for the real estate students and working with them to enhance their career opportunities. In addition, he is responsible for cultivating relationships with key stakeholders to create fund-raising strategies, activities and programs to sustain BMC operations and works closely with the Policy Advisory Board (PAB) committees to set the strategic direction of the Center.  Stath is also responsible for creating scholarships, which provide supplemental support for the real estate academic programs.  The culmination of these efforts have led to the real estate program at USD being ranked by College Factual as the #1 real estate program in the country for 2018, 2019 and 2020.

Prior to this position, Stath served as the Executive Managing Director at Cushman & Wakefield, where he was involved in executive management, business development, receiverships and operations throughout the Southern California region. Most currently, he oversaw the Western Region of the Cushman & Wakefield Resolution Group and its operational integration into C&W Capital Markets, Client Solutions and Brokerage operations. This included Stath serving as a court-appointed receiver for projects throughout Southern California.  Stath coordinated the firm’s investment sales, property management, leasing, project management and receiver groups in their involvement with distressed real estate asset needs. Prior to his seven years with Cushman & Wakefield, Stath spent 19 years with Burnham Real Estate Services where he served as president and chief executive officer and 10 years at Wallace Associates.

Stath received his Bachelor of Science in mathematics and an MBA with an emphasis in finance from the University of Utah. He later returned to the University as a teaching fellow in real estate investment and appraisal.

Stath has been very active in the San Diego community where he served as the Chairman for the San Diego Regional EDC, as the Chairman of CONNECT, and served as the Co-Chair of LEAD San Diego.  Stath serves on the board of HG Fenton and as an advisor to multiple companies.  Stath also served on the Boards of San Diego Regional Chamber of Commerce, Challenged Athletes Foundation, San Diego Performing Arts League, Better Business Bureau and San Diego Commercial Real Estate Association.  Stath was recognized as a “Significant Sig” in 2019, a national leadership award from the Sigma Chi Fraternity.  In 2020, Stath received a “Lifetime Achievement Award” from the San Diego Business Journal for his work in the real estate industry and his overall community involvement.

Ms. Mariucci is currently a private investor and serves on a number of Corporate, private, and community leadership Boards.  She enjoyed a 30-year corporate career in real estate, primarily with Del Webb Corporation, where she served in a variety of capacities and ultimately CEO.  Del Webb was the nation’s largest residential land/community developer and a top-ten national public homebuilder. In 2001 Del Webb merged with Pulte Corp, creating the nation’s largest homebuilder and Ms. Mariucci became EVP-Corp Strategy and directed the company’s M/A efforts.

Since retiring from Pulte, Ms. Mariucci has focused on various corporate boards and private investment interests including custom home homebuilding and land development.  Her ties to the national homebuilding industry are current and deep thru her active engagement on the Board of large-cap builder Taylor Morrison.  Indulging her lifelong interest in sports, Ms. Mariucci became the first non-NBA owner of a WNBA basketball team, the Phoenix Mercury.

Ms. Mariucci is prominent in business, public policy, and charitable endeavors thru these current affiliations:

Ms. Mariucci received her Bachelor’s degree in Accounting and Finance from the University of Arizona in 1978, where she graduated Phi Kappa Phi (top 1%) and was a three-sport athlete. Ms. Mariucci completed the Corporate Financial Management program at the Stanford Graduate School of Business.  She has also held licenses as a CPA, FINRA General Securities Principal, and FINRA Financial Principal.

Ms. Mariucci is a past winner of the Athena Award given annually to the top businesswoman in the state of Arizona.  In 2002, Ms. Mariucci was honored by the Arizona Chapter of the National Italian American Foundation as its Woman of the Year.

Mark Thompson is an expert on executive leadership, business strategy, and innovation who has spent over 25 years leading teams and building companies from the ground up. He delivers actionable, valuable and practical advice for leaders at all levels of an organization.

Forbes Magazine says Mark has the ‘Midas’ touch as a sought after coach, speaker, and venture investor.  His New York Times bestselling books include: ADMIRED: 21 Ways to Double Your Value; Now Build a Great Business; and Success Built to Last – Creating a Life that Matters, Mark is also an Innovation Leadership columnist for Forbes.com, Inc.com, and FastCompany.com. His most recent bestseller ADMIRED is a primer on how the world’s “Most Admired Companies” achieve long-term success and growth as well as the qualities that are common to “Most Admired Leaders”.

Mark was Charles Schwab’s former Chief of Staff and Chief Customer Experience Officer, and the Executive Producer of Schwab.com which today has assets over $3 Trillion. He is a co-founding advisor of Sir Richard Branson’s Entrepreneurship Centres.

Mark is a founding advisor of the Stanford Realtime Venture Design Lab, and served as a visiting scholar at his alma mater, Stanford University, and adjunct faculty at the World Economic Forum, World Business Forum, and John F. Kennedy University.

A successful venture capitalist over the last two decades, Mark was as an early investor in companies like Facebook, Netflix and founding board member of Esurance. He has been a Board Member for many well-known technology, biotech and retail companies, including Best Buy, Korn Ferry, and Interwoven (now owned by HP). He was the Chairman of the Board for Rioport, which popularized the MP3 player prior to the iPod.

Among Mark’s passions are music and Broadway. Mark serves as a founding Board of Directors member for Smule, the top music app company on iTunes which has over 125 million users worldwide. As a Broadway producer, Mark’s plays have earned ten nominations and five Tony Awards.