Disruptive innovation and disruptive technology… what is the difference? How does each one affect business and what do directors and business leaders need to understand to stay ahead of disruptive trends? Our expert panelists will offer clarification on the impact of disruptions and shed light on key issues that should be addressed in boardrooms to be prepared for changes ahead. 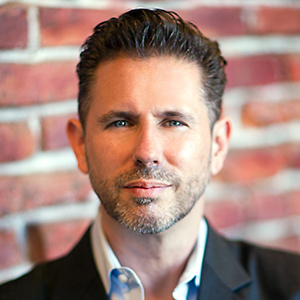 Patrick Schwerdtfeger is a business futurist specializing in technology trends including big data, artificial intelligence, Fintech and blockchain. He’s the author of “Anarchy, Inc.: Profiting in a Decentralized World with Artificial Intelligence and Blockchain” as well as four other books, and has lectured at numerous academic institutions including Purdue and Stanford Universities. He is also a regular speaker for Bloomberg TV, founder of Trend Mastery Inc., and host of the Strategic Business Insights video blog (with over 25,000 subscribers and five million views on YouTube). Patrick has spoken about business trends, technology and digital marketing at hundreds of conferences all around the world.

Patrick’s previous books include Keynote Mastery: The Personal Journey of a Professional Speaker (2016, Authority Publishing), Marketing Shortcuts for the Self-Employed (2011, John Wiley & Sons, Inc.), Webify Your Business: Internet Marketing Secrets for the Self-Employed (2009) and Make Yourself Useful: Marketing in the 21st Century (2008). Three of his books have won awards in their respective categories. He’s been featured by the New York Times, LA Times, San Francisco Chronicle, Reader’s Digest, CNN Money, NPR, Fortune, Bloomberg Businessweek, the Associated Press, MONEY Magazine, and Forbes, among many others. 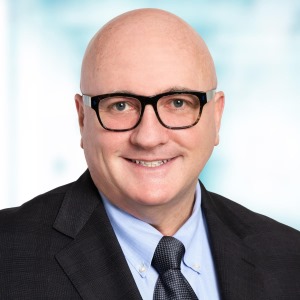 Before joining Cubic, Eagan served as chief digital officer for IBM Global Services. He led the creation and execution of IBM’s enterprise-wide digital transformation strategy and was the leader for IBM’s Apex program for C-suite clients. Eagan built and led organizations responsible for IBM’s digital platforms, modernization of sales and marketing tools and laid the digital foundation for IBM’s recent return to revenue and profit growth.

Prior to IBM, Eagan created and led multiple billion-dollar businesses throughout his 25-year tenure with Microsoft. The organizations he helped build and lead include Microsoft’s Online Store, OEM Channel Programs, Windows Media Center, eHome, Advanced Consumer Technologies, Developer Relations and product management for the first version of Excel for Windows.

Eagan earned his Bachelor of Arts with Honors in Economics from Harvard University. 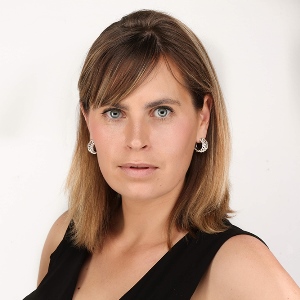 Olga V. Mack is a blockchain strategist, security professional, experienced board director, nationally-recognized author, public speaker, and impactful women’s advocate. She is Vice President of Strategy at Quantstamp, the first decentralized security auditing blockchain platform. She was instrumental in passing AB 2658 and SB 838, which define blockchain and form a working blockchain group in California. She co-authored a book about the fundamentals of blockchain and smart contracts security and founded and leads the Smart Contracts Security Alliance. She spoke at TEDxSanFrancisco (https://www.youtube.com/watch?v=pA6CGuXEKtQ) about the impact potential of blockchain and smart contracts and will speak at SXSW about blockchain business models in 2019.

Olga is also a results-oriented, pragmatic attorney with expertise in managing security, privacy, and intellectual property risks and leading companies through milestone events such as IPO, M&A, financing, and restructuring. She was previously General Counsel at ClearSlide. She also worked at Visa, Yahoo, Zoosk, and Wilson Sonsini Goodrich & Rosati.

Olga is an advisory board director of Phylos, SaGo.ai, ChannelMeter, ContractWrangler, and Lovelyloot. She also serves on numerous government, professional, and nonprofit boards, including the California Law Revision Commission (California governor appointment).

Finally, Olga is an impactful leader. She founded the Women Serve on Boards movement, and has successfully persuaded over a dozen Fortune 500 companies to recruit their first woman director. She advocated, testified, and mobilized for the passage of California SB 826, which requires California public companies to recruit women directors. She authored All [A]Board: Your Journey to Becoming a Corporate Director, to help demystify board service. 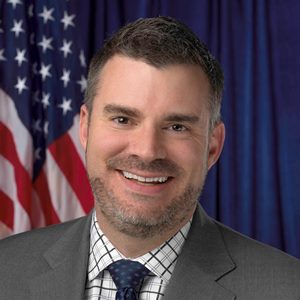 Supervisory Intelligence Analyst Daniel T. Kunz graduated from Colorado State University with a BS of Business Administration in Computer Information Systems. After college, SIA Kunz completed the Juris Doctor program at the University of Utah S.J. Quinney College of Law and was admitted to the Utah State Bar. SIA Kunz practiced criminal law and civil litigation prior to joining the FBI. As an intelligence analyst, SIA Kunz worked issues relating to domain intelligence, cyber-criminal, and cyber-national security matters. SIA Kunz has led the team of intelligence professionals embedded in the San Diego cyber and counterintelligence investigative squads since 2015.